This is planned to be a website for People who lived at or worked at Dreux Air Base while it was active-approximately 1951 to 1967. This would include all organizations at the base. We know that it started with the 821st Engineer Battalion and extended through the 7305th Combat Support Group. During the flying years it had both C-119’s and C-123’s assigned. There were a lot of non  flying units such as the 246th Signal Battalion, the 2nd MOB, Dreux American High School, etc.Dreux American High School has their own website and we will have a link on the home page. This site is the brainchild of Charles Sibert,  and is being set up with some help from Bill McLeod. If you would like to get in touch with us, leave a email address on the blog and we will get back with you 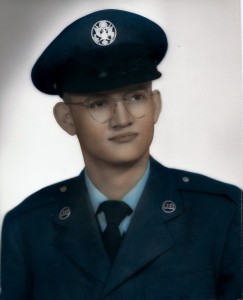 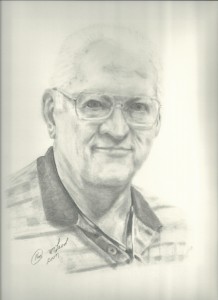 A/2c Billie R McLeod, Denver Colorado. After I was discharged when the 10th and 11th were closed, I managed to stay out for almost 6 months before Kennedy decided he couldn’t do without me. On recall I went to Tulsa, Oklahoma to the 388th Periodic Maintenance Squadron. During the Berlin Crisis of 61-62 we flew C97’s from Travis AFB to Saigon, while the active duty units stood by another airlift. I make A/1c and by August of  62 was released. I started college again until my dad’s gas station got in trouble and I quit to help him. Another year later the I was married with a kid on the way and the station was sold. I went to work for Sundstrand as machine operator. While there I obtained my A and P license from the FAA and when a job opened up at Frontier Airlines I took it. While at Frontier I went to CU and got my BS E.E. and moved up to engineering. Twenty three years later when they went bankrupt I moved over to United Airlines in Chicago, It took  me three years to get back to Denver. I retired in 2001. Been doing family things ever since. 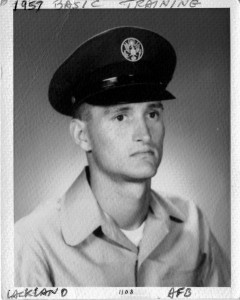 Charles Sibert is my name and I live in Nabb, Indiana with my wife, Lisa and Bucko, our husky / shepherd dog. It’s farm land all around us and peace and quiet abounds. What a wonderful place to live out one’s final years.
My USAF days were special for me at Incirlik Air Base Adana, Turkey and my COT tour at Dreux Air Base, France. <Consecutive Overseas Tour> My basic was done at Lackland AFB, Texas and Sheppard AFB, Texas Aug ‘ 57 to Feb ‘ 58. When I was at Sheppard we did basic along with A&E tech schooling.
I left Dreux Air Base, France 1 Apr 61 and was discharged at McGuire AFB, New Jersey 4 Apr 61. Home in Louisville, Ky that Sept ‘ 61 I went to work for a new Volkswagon dealer in town as a Service Tech. I Retired from that line of work in Oct 1993.
My Dreux Air Base story is on this web-site and you can read about my Incirlik Air Base story at  merhabaturkey.com
God has been so good to me and I just want to give him Praise, Honor, & Glory !!